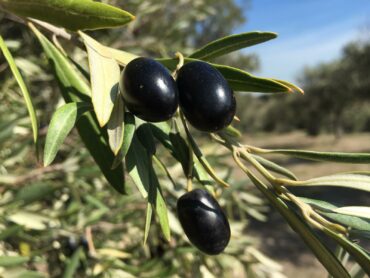 The olive tree has been mentioned as being a holy tree across several religions, ancient myths and stories. Its precious fruit and magnificent oil are known, esteemed and used for its multitude of benefits as a food and in skin treatments the world over. This majestic evergreen tree has a positive and valuable impact on human health and overall well-being.

The origin of the olive tree is not clearly identifiable, but the eastern Mediterranean is often cited as its motherland. However wherever its origins may lie, the Mediterranean region is certainly the home of the olive tree, since by far the largest percentage of the 850 million olive trees worldwide are rooted in its soil. Additionally, the first recorded mention of the olive in antiquity were found on clay tablets close to the city of Aleppo, Syria.

Today, the main producers of olive oil are Spain, Italy, Greece, Turkey and Portugal, in addition to Syria, Tunisia and Morocco. The aforementioned countries produce over 95% of the world’s “liquid gold”. The climate of these countries lends itself well to the olive tree’s growth. The trees adore the typically dry summers and mild, humid winters of the Mediterranean basin.

In order for an olive tree to bear fruit, it takes about 10 years; however, under suitable conditions, an olive tree may grow to be several hundred years old.

A grown olive tree can produce 50-70 kg of fruit from which the oil is then extracted. The fruits harvested from a single tree can produce 5-10 litres of oil. The harvest usually takes place from the beginning of autumn until January of the following year, depending on the geographic location, variety of olive and weather.

THE ORIGIN OF THE OLIVE

Olive trees have been cultivated for over 5,000 years, which makes it the oldest crop in the world. Olives and the oil they produce have developed their reputation over time and in different contexts.

The important cultural role that the plant plays is reflected in history and mythology:

In Greek mythology, Athena, the goddess of wisdom wins the favour of the inhabitants of Attica by giving them an olive tree. Thus, she became the patron of Athens.

In various religions, the olive tree is considered sacred. For example, in the Torah the olive is referred to as one of the seven species that the Eternal promises would be found in Canaan. In the Old Testament, it says that Noah sent out a dove to cross the sea and find land. This dove then returned carrying an olive branch, thus proving the existence of land and symbolizing reconciliation with God. Also, in the Qur’an the olive tree is mentioned several times, oaths are found on the olive tree, and the oil of this blessed plant is described as being almost lightening without being lit.

It’s no wonder why the olive branch is a symbol of friendship and peace between nations.

The name of the olive plant comes from the latin, “oliva”, and thus has the meaning “oil tree”.

It is conceivable that the tree was named after its precious potential since the olive was used for oil production right from the beginning of its use in human agriculture and the use of olive oil follows the trees dispersion.

THE PRODUCTION OF OLIVE OIL

Olive oil production has not changed much over the centuries. Firstly, the leaves and other debris is removed from the harvested olives. Then, the harvest is washed before being crushed in a mill. The pits remain in the fruits throughout this process, rather than being removed. This process of roughly working the fruit is designed to open up the cells of the fruit, so that the oil can more easily escape the vacuoles. Next, the resulting pulp is distributed across grass mats. These mats are then piled atop one another and pressed. The liquid that is released during this step is then allowed to rest. This allows the oil to settle on the surface and be removed.

Today, another method may be used instead of the traditional pressing. In this method, after the olives are minced by the mill then are spun in a centrifuge. This spinning allows the oil to seperate itself more easily from the other ingredients.

Olive oil is excellent for skin care. Due to structural similarities between olive oil and human skin cells, the rich oil is able to be easily absorbed. This helps support healthy cell function and a good moisture balance, making the skin smooth and leaving a soft, tender, pleasant feeling.

While olive oil is not a sunscreen, it can aid in defending the skin from UV radiation and has  an anti-ageing effect. The application of olive oil to the skin immediately after sunbathing, may even reduce the risk of skin cancer thanks to its antioxidant properties.

The natural compounds found in olive oil have many benefits. The following substances are just some of the ingredients in this nutritious oil that have a great impact on the skin and body:

Has antioxidant properties and shields the skin from oxidative influences, such as UV light, environmental influences and irritants.

Helps reduce age spots. It counteracts skin irritation and light damage, as well as reducing the size of blackheads.

Combines with free-radicals, thus rendering them harmless. Additionally, it aids cell renewal and is rejuvenating for the skin.

Helps the body with detoxification and the healing of wounds while also supporting cell regeneration.

Present in olive oil in a mild, natural form. This helps tighten the skin and prevents excess sebum production.

Slow down the aging process in human cells.

Discovered just 15 years ago, this ingredient of olive oil is said to have similar active components to the medicine “ibuprofen”.  It ensures inflammation mediation and platelet regeneration. Additionally,  Oleocanthal attacks and destroys cancer cells within 30 minutes. Its natural occurence in olive oil is harmless to the body.

For thousands of years, the olive has been cultivated not only has a nutritious food item, but also for its beneficial, nourishing and protective value in skin care. Keeping this well-tried tradition will keep skin shiny and healthy.

0
Select the fields to be shown. Others will be hidden. Drag and drop to rearrange the order.
Click outside to hide the compare bar
Compare