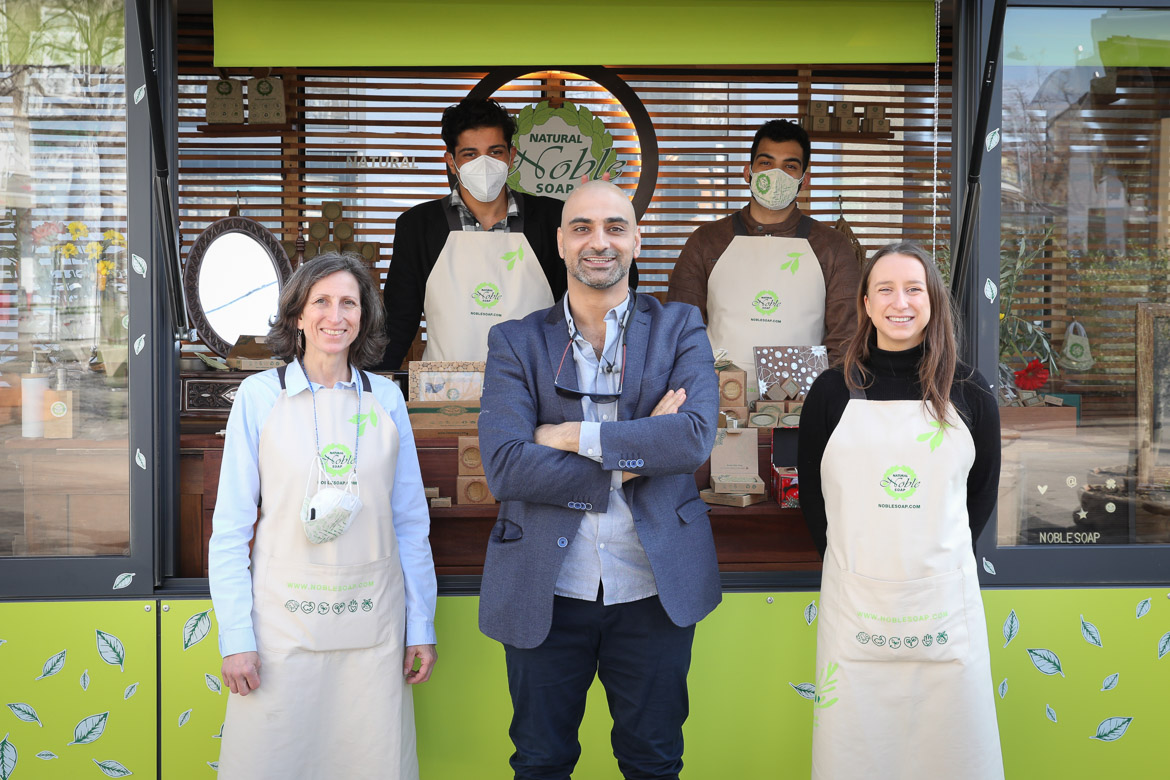 In 1998, Ahmad Andoura and his father Nabil Andoura, founded a company in Syria to follow a tradition that goes back thousands of years. They began by producing high quality Aleppo soap from olives and laurel. It is said that people in the Middle East knew how to wash themselves with this soap as early as 2400 BC.

The production of the Andouras family began in a factory in Aleppo, where natural laurel forests grow. The company’s headquarters at that time was in Damascus and quickly became a leader in quality. When it became too dangerous for the family in Syria in 2012, they had to leave the country.
Was it difficult to gain a foothold here? Different. Because first you go through loss. With two empty hands, to find the strength to get back up, to start again, it’s not easy, it’s been a hard journey. My father is retired today, but it was very important to me to have him by my side. I want him to be proud of the fact that we are rebuilding something here after fleeing the regime and losing everything in the old homeland. We want to show Vienna and the world the beautiful sides and the wonderful products of our country.

What exactly is the offer? We make 100% vegan, biodegradable, plastic-free products. The soaps are also ideal for different skin types. With the Noble Soap concept, we want to create something new, the products are sustainably produced. For body care, the sauna, the hamam, for the kitchen. I stand 100 percent behind the product, which has been produced in northern Syria for thousands of years. This is our first store here in Vienna, but we have big plans and want to expand soon.
What’s in the Aleppo soap? It contains olive oil from the second pressing, the first is usually pressed for consumption. In this second pressing there are unsaturated fatty acids, vitamin E and minerals that are well absorbed by the skin and protect it. In addition, there is laurel oil, which has antibacterial properties. All ingredients are heated, cooked, shaped and then dried for a year before being sold by the piece.

What is your guiding principle? One goes like this: success is a combination of vision and dedication. But you also have to do something for it; it doesn’t come from the sky with a parachute.

0
Select the fields to be shown. Others will be hidden. Drag and drop to rearrange the order.
Click outside to hide the comparison bar
Compare